Cart
Home 5 Reasons Why I Support the Turning Point Suffragist Memorial (And Why You Should, Too!)

5 Reasons Why I Support the Turning Point Suffragist Memorial (And Why You Should, Too!)

5 Reasons Why I Support the Turning Point Suffragist Memorial (And Why You Should, Too!)

1.  The Suffragists Deserve It. Seriously.
Anyone who successfully maneuvers the long, arduous process of getting a constitutional amendment passed probably deserves a memorial to begin with.  After all, most people are not particularly fond of change, so convincing an entire nation to alter its principal legal document is no small feat.  The suffragists were challenged to do much more than 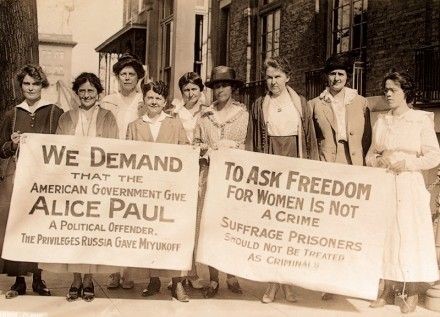 speak and write persuasively, however.  On March 3, 1913, for instance, the women’s suffrage parade down Pennsylvania Avenue was interrupted by angry crowds.  The marching suffragists were verbally and physically attacked, while police stood back and watched.  For many women’s suffrage activists, working to win the vote also meant being imprisoned and then using hunger strikes as a form of protest (WARNING: link contains some graphic content).  According to the Smithsonian Institution’s HistoryWired, “force-feeding has little to do with nutrition; a tube is forced up the nose and down the throat of the victim and liquid poured through it into the stomach.  It is a painful procedure and can cause illness or even death.”  On November 14, 1917—also known as the Night of Terror—the jailed suffragists endured beatings and were locked in the cold, dark, dirty cells of Occoquan Workhouse in Virginia.  To sum it up: the suffragists didn’t just win the vote for women, they fought and suffered for it.  It seems that constructing a memorial in their honor is the least we can do today to say “thank you.”

2.  The Memorial Will Be Educational — And That Is Absolutely Necessary.
True Story: Shortly after being accepted as a new intern for TPSM, I—being the bookworm that I am—hurried off to the nearest bookstore to find some reading materials on women’s suffrage.  I checked the American history section: nothing.  Women’s studies, perhaps?  Nope.  Okay… biographies?  The children’s history section?  Suffice it to say I 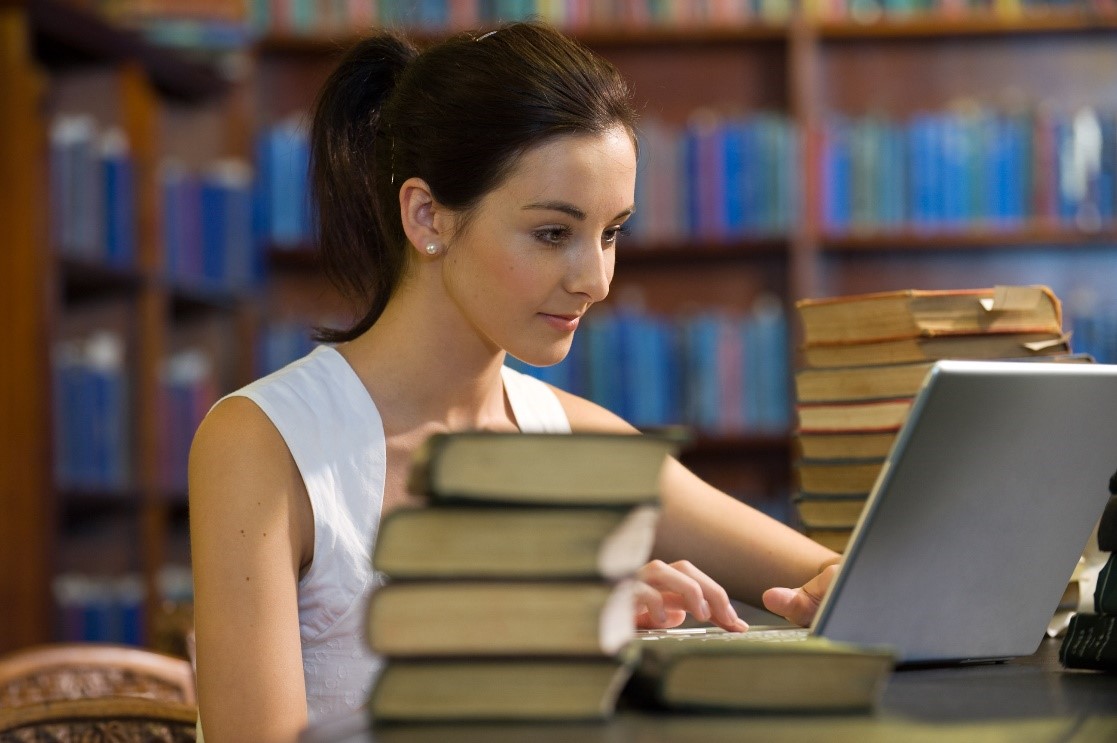 searched high and low, and then went online to order some books instead. On a related note, when I think back to the history courses I took in school, I don’t recall learning much about women’s suffrage.  I did take a women’s literature class in my senior year of high school that involved watching a video on Susan B. Anthony and Elizabeth Cady Stanton, and memorizing the date August 18, 1920.  This course was an elective, however, so my peers who didn’t take it may still be unaware of the importance behind those names and the significance of that date.  What I’m suggesting here is that opportunities to learn about the women’s suffrage movement are available, but not necessarily easy to find.  The Turning Point Suffragist Memorial is already adding to the resources on this topic with its online presence. The addition of a physical memorial—complete with thorough educational content on the overall movement and the individual suffragists—will have an important role in shrinking the information gap even more.

3.  Perfect Timing, Perfect Location.
TPSM’s goal is to have the memorial up and running by 2020, which will mark one hundred years since the

4.  A Reminder — and a Reason — to Vote.
Underneath all the heroism and struggle and triumph of the women’s suffrage movement is the one simple word that started it all: voting.  The suffragists wanted a say in 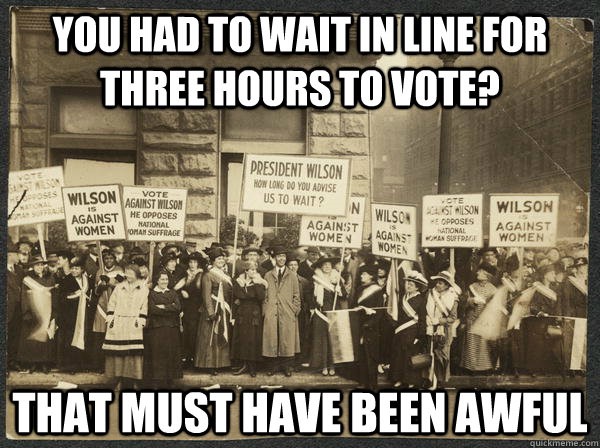 the laws that governed them.  They wanted to have opinions that mattered just as much as any man’s.  According to CNN, 65.7% of eligible females voted in the 2008 US election.  This number may seem fairly high, given the popular notions that “voting is such a hassle” and “politics are annoying.”  But the suffragists—after all they did to secure this right—would probably wonder: why aren’t 100% of eligible women casting their ballot, now that they are allowed (and even encouraged) to do so?  The Turning Point Suffragist Memorial will be a reminder of the importance of voting, especially as a woman.  Hopefully, it will inspire visitors to get informed about the issues and the candidates and head out to the polls.  Voting is a right we haven’t always been able to exercise so, now that we’ve got it, why not use it?

5.  A Place for Reflection on the Past, Present, and Future.
The plans for the Turning Point Suffragist Memorial design include an informational station entitled “Forward into Light.”  This is set to be the final station of the memorial, and will address “events after universal woman suffrage became law, the continuing need for vigilance and reform, and the quest for full equality.”  In order to move forward and make our world better, it is important to understand our past.  The “Forward into Light” station will encourage guests to reflect on the suffragists’ passion, courage, and determination.  It will inspire visitors to question the status quo, to pinpoint problems and fix them when possible.  Finally, it will serve as a reminder that patience and persistence can lead to success—just follow the suffragists’ example.