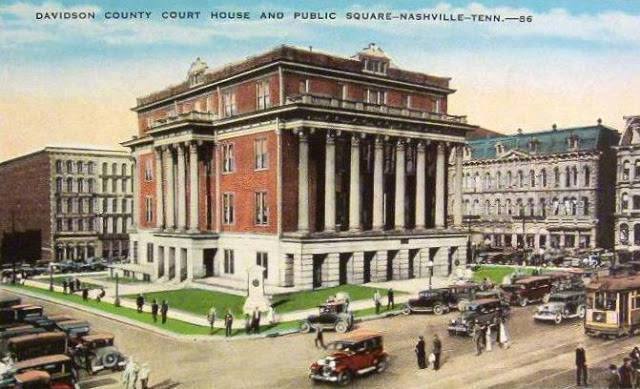 August 23, 1920: The Nashville offices of the National Woman’s Party and the National American Woman Suffrage Association, which only a week ago were jammed to capacity and open at nearly all hours, are now virtually empty. The vast majority of suffrage workers have happily gone back to their home States following Tennessee’s ratification of the Susan B. Anthony (now the 19th) Amendment five days ago, banning sex discrimination at polling places nationwide. But Carrie Chapman Catt is still in her campaign headquarters at the Hermitage Hotel, coordinating the efforts of a few other key suffrage activists who still remain here. Anti-suffrage forces are still busily at work on another floor of the same establishment, while both sides now focus most of their attention on the County Courthouse.

Despite numerous legal authorities having declared our battle was won when Tennessee became the 36th State to ratify the Anthony Amendment, opponents have refused to concede defeat. Today they even expanded their courtroom offensive to block the final formalities of ratification. The Chief Clerks of both the Tennessee House and Senate were added to the list of the State’s top public officials who are now restrained by the Chancery Court of Davidson County from taking any actions leading to official certification of Tennessee’s ratification. This certificate must be delivered to the U.S. Secretary of State before he can officially proclaim that the 19th Amendment was properly ratified, and therefore is the law of the land.

So far, the major accomplishment of the “antis” has been to bring the Tennessee House to a complete standstill. This was a result of 37 anti-suffrage legislators deserting their posts and fleeing to Alabama on a midnight train in order to prevent a quorum from being present to do business. Three more seats have been vacant due to illness, so only 59 of 99 House members have been present for the past two days. But when it was noted by a pro-suffrage House member that the number of members required for a quorum regarding a Federal matter is less than the 2/3 needed for doing State business, the boycott failed to stop a vote day before yesterday dispensing with the last piece of parliamentary procedure that might have put ratification at risk. Now they’re only holding up votes on important State matters, which require 66 of 99 members to be present. Anti-suffragists charge that the vote to take up and defeat their motion to reconsider ratification was invalid because “the House was not at any time during the day legally and constitutionally organized for the transaction of business.”

Suffrage opponents are now calling for mass meetings around the State to persuade legislators to change their votes and undo Tennessee’s ratification should they somehow succeed in getting it voted on again. In a statement issued today from Alabama, the runaway legislators said:

“We are convinced that the methods which were adopted to secure the passage of the resolution were improper and not justified. We believe that the majority of the people of Tennessee do not favor the ratification of said amendment. It is our purpose to remain outside the borders of the State for a reasonable time until the people of the State may have an opportunity to express themselves in the premises.”

The Governor and State Attorney General insist that ratification has already been accomplished, and the moment the injunction is lifted, Governor Roberts will officially certify that Tennessee has ratified, then immediately send the certificate on to U.S. Secretary of State Colby. The Secretary has already said that upon receipt of the certification document he will promptly issue a proclamation that the 19th Amendment was properly ratified and is in effect. No date has been set by the judge to hear arguments over the restraining order, but it is hoped the hearing will take place sometime this week.

As frustrating as it is to have to wait for a victory that has already been won to be formally proclaimed, there is no doubt among suffrage supporters in Nashville – or anywhere else – that a nationwide celebration is just days away, and well worth waiting for.