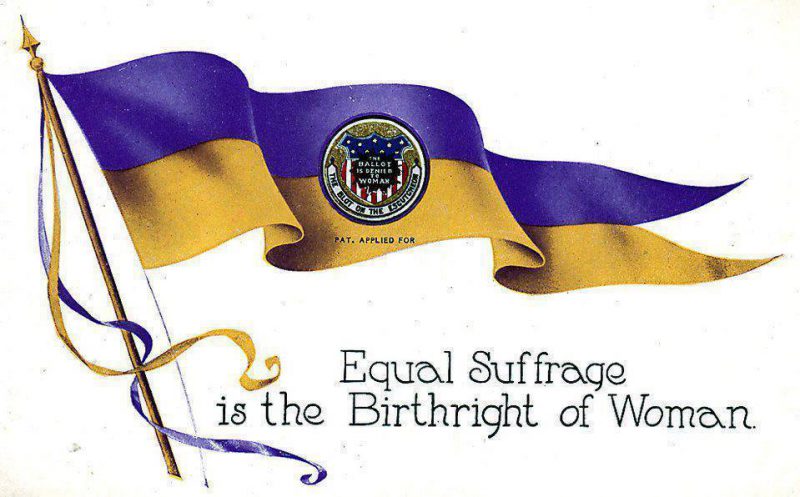 August 3, 1920: Is Tennessee about to become the 36th and final State needed to ratify the Susan B. Anthony (woman suffrage) Amendment? Or will it fail to ratify, and if North Carolina is lost as well, will this month turn out to be a major setback for our cause, ending any chance for millions of women in non-suffrage States to register to vote before the November elections? The answer depends upon whom you ask.

The ever-optimistic Carrie Chapman Catt, head of the National American Woman Suffrage Association, is brimming with confidence, and just yesterday said this about the situation in Tennessee:

“We have taken a poll of the legislature and we have a safe majority in each House. We have a clear majority without considering the new members who will occupy 13 vacancies. If there is any fight at all, it will be over factional differences inside the two parties and not between the Democratic and Republican parties.”

But as with Catt’s prediction of victory made on July 26th, she didn’t give any actual numbers or specific names of pledged legislators, and her estimates have always tended to be on the optimistic side. For instance, on February 9th, just before New Jersey ratified, she predicted final victory within ten days, even though this would have required eight States to ratify in a week and a half.

Meanwhile, the most militant suffragists are making the most conservative estimates. Abby Scott Baker, of the National Woman’s Party, arrived in Dayton, Ohio, today, bringing with her a gloomy report for Democratic Presidential nominee and Ohio Governor James Cox. Her group’s latest canvass of the Tennessee Senate showed 9 Democrats and 5 Republicans pledged to suffrage, three short of the 17 needed in the 33-member body. In the House, the tally was 29 Democrats and 13 Republicans, 8 short of the 50 out of 99 members needed.

There are still a large number of unpledged legislators, and it was hoped that enough of them would declare for suffrage by now, six days before the legislature meets in special session, that this would cause others to hop on the suffrage bandwagon if passage looked inevitable. So far that’s not happening. The intensity of the last-ditch anti-suffrage campaign may even be causing some second thoughts by legislators leaning to our side.

Governor Cox announced today that he would meet with Baker tomorrow, and in doing so said that he had received a report similar to hers from Mrs. Bass. She heads the Women’s Bureau of the Democratic National Committee, and is a member of its Executive Committee as well. Cox has pledged to do all he can to bring about a suffrage victory, and has already gone so far as to send some of his paid campaign staffers to work with the Tennessee suffrage campaign. Since there is great optimism among Democrats that the James Cox / Franklin D. Roosevelt ticket will be elected in November, Cox should have great influence with Tennessee Democrats – who constitute a majority of those in both the Tennessee House and Senate – and who would all like to be on friendly terms with the next President, so some optimism is justified at this point. But in politics, anything can happen in six days, so no one on either side will be easing their effort in the slightest until the final vote is cast.