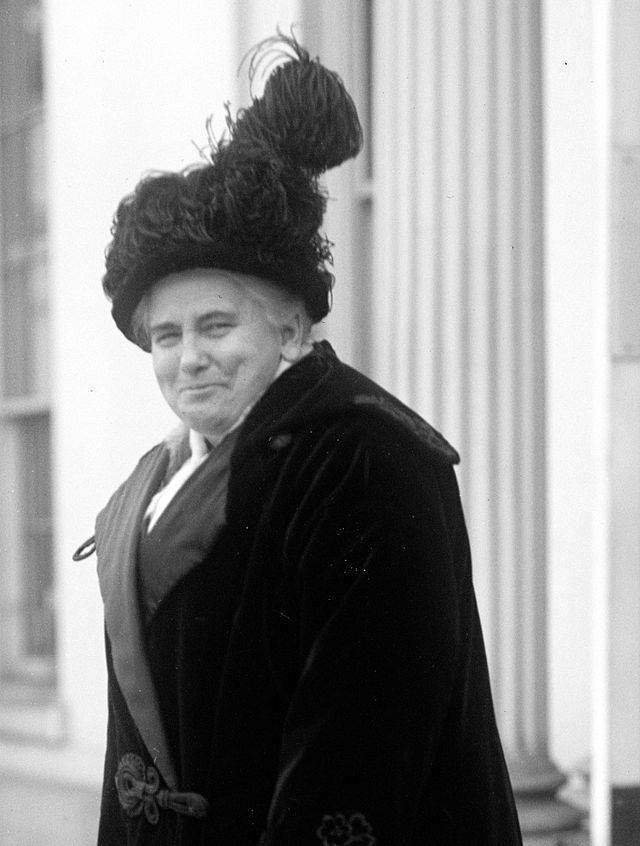 December 22, 1913: A “Revolutionary” form of protest today by Reverend Anna Howard Shaw, president of the National American Woman Suffrage Association. She told the tax collector that she would neither list nor voluntarily pay taxes on her property and advised all other voteless women to do the same. Two weeks ago, she was sent the standard annual form demanding that she list her property in Moylan, Delaware County, Pennsylvania, for taxation, and today she sent the form back with this reply:

“More than 100 years ago there was a seven-year bitter war fought by men and women in this country because the Colonists were taxed by the British Parliament without being permitted to have any representation in the Government.

“The shibboleth under which they fought was ‘Taxation without representation is tyranny.’ The Daughters of 1913 are as loyal to this principle as were their sires of 1776. I, and other women, who believe with me, will refuse to aid the Government to assess taxes upon us, as long as the Government of Pennsylvania refuses us representation in the body which imposes the taxes.

“I therefore decline to fill out the bill of assessment.”

She knows that she can’t avoid making some sort of “contribution” to the Government, but refuses to give any help or implied consent in the process. After receiving her letter, the assessor will presumably make his own estimate of the value of her property, then add a 50% penalty, at which point she can either pay the tax or watch officials auction off her property and keep the proceeds.

Shaw said today that she is determined not to be an accomplice in thievery, even if it’s officially sanctioned:

“Of course, I will have to pay whatever tax he demands or lose my property, and, consequently pay a considerable portion of the salaries of the auctioneer, the constable, and half a dozen other officials whom I did not help elect to office. This is really the baldest highway robbery. We usually give the highway robber our watch instead of our life; but robbery as a function of government might be expected in Russia or Turkey, but not in this country.

“We shall make such robbery as inconvenient as possible, however, for I shall immediately write to suffragists all over the country, and ask them to follow my example in refusing to give an account of their personal property and shall publish the same advice in the suffrage periodicals throughout the country.”

How many other women in non-suffrage States will follow her example is unknown, but there is no doubt that her act of rebellion will generate publicity for the cause, and raise a totally valid issue, so she’s to be applauded for this principled stand.