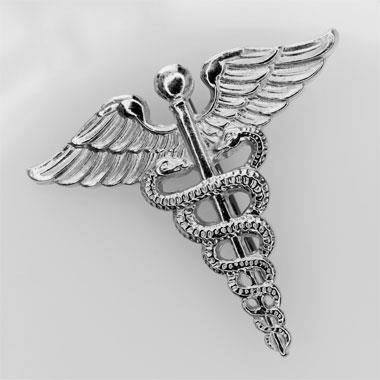 December 26, 1916: A noble, but ultimately unsuccessful effort today to get the New York County Medical Society to call for changing the State’s present anti-birth-control law, which, except under very specific circumstances, makes it a crime punishable by imprisonment for anyone to give out information on contraception, or birth control devices themselves. Had it passed, the resolution would have put the Society on record as favoring a change in the law so that licensed physicians would be clearly authorized to give birth control advice to any of their adult, married patients.

At present, Section 1142 of the New York State Penal Code classes contraceptives and contraceptive information as obscene items to be banned. But the lesser-known Section 1145 grants an exemption to physicians who give contraceptive advice, articles or instruments to a patient “for the cure or prevention of disease.” This is a very narrow and ill-defined exception physicians have not been willing to employ. The burden of proof would be on the doctor to show that his or her actions were to prevent or to cure a specific ailment, and failure to provide such proof – especially to an anti-birth-control judge or jury – could result in imprisonment.

The vote on the resolution was an overwhelming 210 against and 72 in favor, so a great deal of work still remains to be done, at least among male physicians. All six female members of the society voted in favor of the resolution.

The issue of birth control has been in the public eye ever since Margaret Sanger began her efforts to challenge, and ultimately change, the State and Federal laws that ban contraception and birth control information. The County Medical Society finally began to address the issue last spring, at which time they referred the issue to their Board of Governors for possible action. In autumn, a majority of the Governors declared themselves opposed to any change, but a number of dissenting members felt quite strongly about the issue, and wanted the entire society to take a stand, so a committee was appointed to make a report at the general membership meeting on December 26th.

The committee’s majority report opposing any change in the law, and the minority report, favoring a change were read. According to the majority: “We claim that no satisfactory evidence has been adduced by the propagandists, who favor regulating the control of births to show any necessity for giving recognition by law. A movement of this kind will undoubtedly have a most unfortunate effect on the minds of the public in general ….” They ended their report by saying: “The undersigned members of the committee firmly believe that any such action (as the proposed amendment of the law) on the part of the organized medical profession would be most inappropriate and uncalled for at this time, and particularly so at the present moment, when a senseless and sensational propaganda relative to this important matter is being circulated by so-called popular but very doubtful methods.”

Dr. A.L. Goldwater then gave the minority report, first noting that the majority had gone beyond the original purpose of the report, which was to discuss only whether there were medical reasons why birth control should not be practiced. He then proceeded to give evidence that birth control was not harmful to health.

The report was followed by a five-hour debate among the members. Things got quite heated early on, when Dr. Ira S. Wile suggested that perhaps one of the reasons some members of the society were opposed to the legalization of birth control advice was because they made a lucrative income doing illegal abortions. As might be expected, this brought an immediate response, as Dr. F. Van Fleet sprang to his feet and shouted: “I dare Dr. Wile to give us the names of the physicians he accuses or to retract the charge if he is unable to do so.” Wile did neither, and the discussion went right on, with society members on both sides fully airing their views.

In the end, the anti-birth-control forces prevailed, and the New York County Medical Society has not endorsed any change in the law. But the battle goes on, as do the arrests of those who would challenge the law. On October 25th, Margaret Sanger, her sister, Ethel Byrne (both nurses) and Fania Mindell were arrested for dispensing birth control information at the clinic they opened 9 days earlier in Brooklyn. Their trials will take place next month.