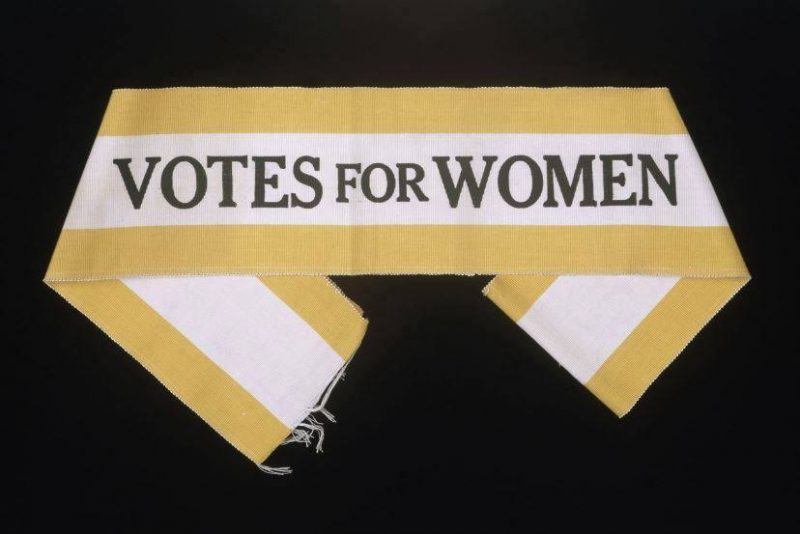 December 5, 1913: “We are going to see President Wilson if it takes all Winter.” That was the statement given out today by the National American Woman Suffrage Association on the final day of its convention here in Washington, D.C. After Ruth Hanna McCormick and Madeline McDowell Breckenridge were unable to arrange a meeting with the President yesterday, due to his alleged “illness,” fifty-five convention delegates agreed to stay behind for the purpose of meeting with Wilson and trying to get him to help push the Susan B. Anthony (woman suffrage) Amendment through a Congress controlled by his own Democratic Party.

Meanwhile, a split in N.A.W.S.A. seems to have been avoided, or at least temporarily postponed. After a meeting in which the discussion became rather heated at times, N.A.W.S.A. President Reverend Anna Howard Shaw announced that Alice Paul, who now heads the group’s Congressional Committee, and Lucy Burns, would “remain members” of the committee.

A number of N.A.W.S.A. officers have expressed growing discomfort over Alice Paul’s simultaneous leadership of both N.A.W.S.A.’s Congressional Committee and her own more militant Congressional Union for Woman Suffrage. One major issue is the fact that though the two groups are totally separate, the names are similar, so this invites confusion in the public mind. But “while no committee has been appointed, it is certain that Miss Alice Paul and Miss Lucy Burns will remain on the Congressional Committee,” said Shaw today. Skepticism about whether this will actually happen when the new committee is appointed runs high, however, due to irreconcilable differences between the moderate and the more militant factions of N.A.W.S.A. over authority, strategy, tactics, and funds. Conditions for their continued work on the committee may also be attached that Paul and Burns may find unacceptable.

But for today, at least, there were many cheers for Alice Paul when she gave her report about the Congressional Committee’s activities. It began work on January second, with the opening of its headquarters in Washington, D.C., at 1420 “F” Street, N.W. Paul’s first task was to organize a massive suffrage parade and pageant for March 3rd, the day before President Wilson’s inauguration. She succeeded beyond anyone’s expectations, and the bravery of the thousands who marched is now legendary. Despite encountering a rowdy, disruptive mob and having virtually no protection by the D.C. police, the marchers still managed to push on to the end of the route.

The Congressional Committee then went on to do even more public events, the largest of which involved twelve separate automobile “pilgrimages” by suffragists around the nation, all converging on Washington, D.C., then embarking on a procession through the city ending with the presentation of suffrage petitions to the Senate on July 31st containing about 200,000 signatures.

The committee had a salaried organizer who traveled to several key States, and a full-time press person kept the issue of suffrage before the public with a steady barrage of press releases. Over 120,000 pieces of literature were printed up and distributed during the year, and a “Men’s League” to help the suffrage cause has also been organized.

The committee put on eight well-attended theater meetings in D.C. during the year, and some form of suffrage rally took place nearly every day, with between five and ten some days. This heavy pace of activity obviously costs money, and all applauded Alice Paul’s ability to raise $25,000 for these efforts, $21,000 from the D.C. area and the rest from Philadelphia.

Though President Wilson is apparently avoiding suffragists, three of his Cabinet members were seen at a reception given today by Belle Case LaFollette, in honor of the officers of N.A.W.S.A. Three hundred of the convention’s delegates also attended.

Though taking a more assertive stand in regard to lobbying President Wilson, Reverend Shaw made the organization’s opposition to British-style “militancy” in any form clear. She especially wanted to address an out-of-context quote from her annual address that has been widely reported, and caused much controversy in the press.

In her address to the convention, Shaw had quoted a statement by Susan B. Anthony:

Shaw then reminded everyone that she followed the quote with: “This organization, however, is going to win with the weapon of civilization,” and therefore would continue its traditional, moderate approach.

The convention, like so many other N.A.W.S.A. events this year, has been a huge success. Being surrounded by committed suffrage advocates from all around the country for a week has certainly reinvigorated all the delegates, and though there are battles within the organization over tactics as well as strategy, plus a fight against outside foes in the anti-suffrage movement, everyone is looking forward to 1914 as another year of spectacular progress.