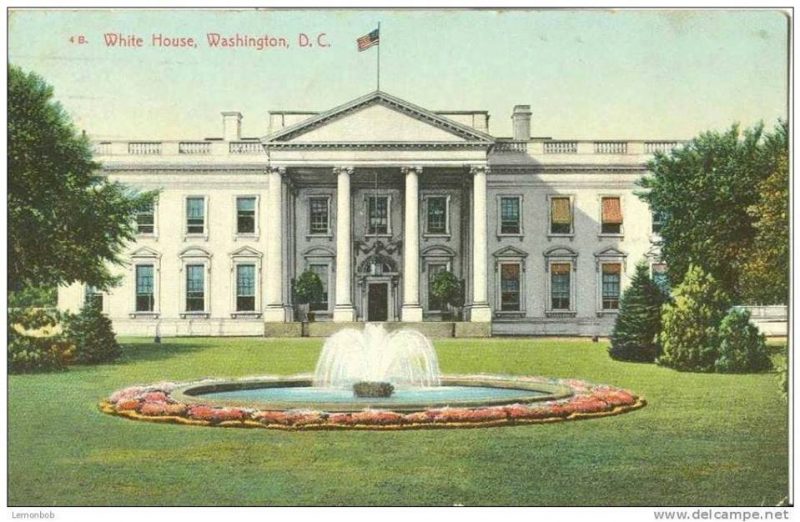 December 6, 1913: Persistence pays! After fifty-five National American Woman Suffrage Association convention delegates vowed to stay in Washington, D.C., all winter if that was what had to be done in order to meet with President Wilson, he has agreed to receive a N.A.W.S.A. deputation at the White House at 1 p.m. on the day after tomorrow. It will consist of the entire National Board and one representative from each of the 48 States. They will try to get a definite public statement from the President regarding his views on woman suffrage, and hopefully some help in lobbying the Susan B. Anthony Amendment through Congress. If passed by a 2/3 majority of a House and Senate controlled by Wilson’s own party, and then ratified by 36 States, it would permanently ban sex discrimination in regard to voting rights nationwide, and be enforced by Congress, not the individual States. Among the suffragists representing their States at the White House meeting will be Jeannette Rankin of Montana, and Katharine Houghton Hepburn of Connecticut.

In another major development, Alice Paul has split from the National American Woman Suffrage Association. Earlier today she was given an ultimatum from the National Board. She could either continue to lead N.A.W.S.A.’s Congressional Committee, or her own independent Congressional Union for Woman Suffrage, but not both, as she has been doing. She refused to give up her work with the Congressional Union, so now she and Lucy Burns will be devoting all their time to the more militant group, and working solely for passage and ratification of the Anthony Amendment.

In other suffrage news, Helen Todd attended a speech by Secretary of State William Jennings Bryan earlier this evening, and after hearing him go on for a while about the virtues of popular government, she rose and called out: “And how about popular government for women, Mr. Secretary?” Bryan then replied: “Madam, in your work you doubtless have followed your judgment and conscience. In my work I have followed mine.” He then immediately left the hall.

For those who may be interested in doing suffrage work of a less militant nature, it was announced today that a two-week “suffrage school” will be opened day after tomorrow in the Friends’ Meeting House, 1811 “I” Street, N.W., Washington, D.C. Among those who will be giving expert instruction on how to conduct suffrage work will be Reverend Anna Howard Shaw, newly re-elected President of the National American Woman Suffrage Association.

Though the annual N.A.W.S.A. convention ended yesterday, today was certainly as historic as any day of that week-long gathering. The fact that N.A.W.S.A. now has the power to demand an audience with the President proves that woman suffrage has joined the ranks of other major movements in this country. And now that Alice Paul is totally free to pursue whatever tactics she feels are needed to put the Anthony Amendment into the Constitution, there can be no doubt that the future of the suffrage movement will be different from its past, and that victory seems much closer now than it did just eight days ago.