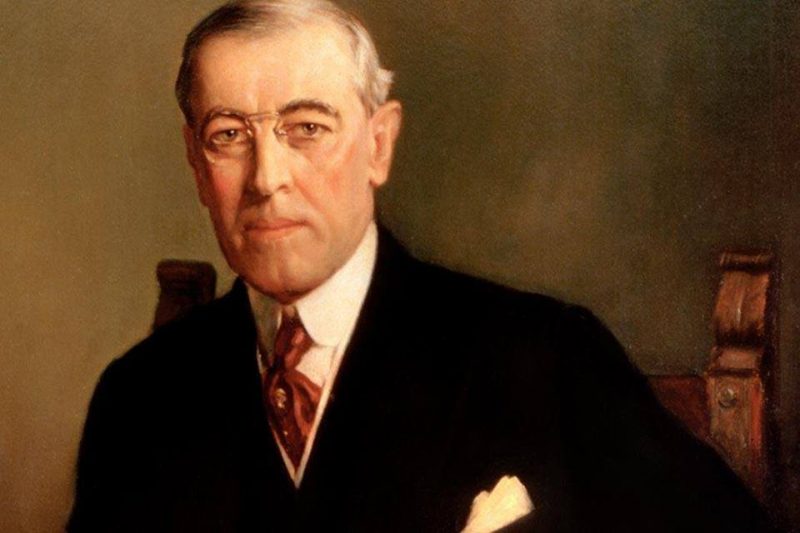 December 8, 1913: A hundred banner-bearing members of the National American Woman Suffrage Association marched to the White House today and were cordially received by President Wilson. That he had previously agreed to meet with so many suffragists was in and of itself a boost for our cause, but there was also a degree of encouragement regarding N.A.W.S.A.’s immediate goal of getting a permanent and separate Committee on Woman Suffrage in the U.S. House of Representatives. Though such a committee already exists in the Senate, it appears to be a somewhat remote possibility in the House at present without support from someone who has great political influence with the Democratic majority that controls the House.

The N.A.W.S.A. National Board members as well as representatives from all of its State chapters were visibly pleased when President Wilson said that when recently asked by a member of the House Rules Committee for his views on establishing a suffrage committee he gave a favorable reply. But while he could share his personal views with individual colleagues who ask, he claimed that he could not become a public advocate for suffrage or even take it upon himself to lobby for a Suffrage Committee in the House because the Democratic Party had not yet taken a stand on the issue, and: “I am not at liberty, until I speak for somebody besides myself to urge legislation upon the Congress.”

He explained that this was not a new philosophy:

“I set myself this very strict rule when I was Governor of New Jersey and have followed it as President – that I am not at liberty to urge upon Congress in messages policies which have not had the organic consideration of those for whom I am spokesman. In other words, I have not yet presented to any legislature my private views on any subject and I never shall, because I conceive it to be a part of the whole process of government that I shall be spokesman for somebody, not for myself. To speak for myself would be an impertinence. When I speak for myself, I am an individual; when I am spokesman of an organic body, I am a representative.

“For that reason, you see, I am by my own principles shut out, in the language of the street, from ‘starting anything.’ I have to confine myself to those things which have been embodied as promises to the people at an election. This is the strict rule I have set for myself.”

N.A.W.S.A. President Reverend Anna Howard Shaw noted that the vast majority of American women are not yet permitted to vote, and therefore have no party which could compel its members in Congress to advocate their legislation. If President Wilson could not advocate their cause to the House and Senate, who could ? The question seemed to make Wilson quite uncomfortable, and he tried to compliment his guests by saying that he found the members of this delegation well able to speak for themselves. But when pressed by Reverend Shaw if he could think of anyone other than himself who could speak authoritatively to Congress for voteless, partyless women, Wilson hesitated for a while, and then said: “No.”

Still, Reverend Shaw was pleased with what was accomplished at the meeting: “He is in favor of a committee of the House; that was our chief purpose in coming to see him.”

The job of prodding President Wilson into becoming personally involved in advocating woman suffrage appears to be a tough one, but at least the process is now underway just nine months into his Administration. Each of those who met with him today must now decide for themselves what strategy might be the most effective means of achieving this goal.