May 16, 2021, was a day of triumph. Just as the suffragists must have felt jubilation and relief after winning the 72-year long fight for enshrining the woman’s right to vote in the Constitution, the women and men who worked for more than 13 years to make the Turning Point Suffragist Memorial a reality surely shared those same feelings. The memorial was dedicated that day!

At the start, the Turning Point Suffragist Memorial Association (TPSMA) had targeted August 26, 2020, the 100thanniversary of the certification of the 19th Amendment, as the day the memorial would be dedicated. That was not to be. The COVID pandemic that ravaged so many lives meant that our dedication would have to be delayed by almost nine months. But just like the suffragists, the team persevered. With the pandemic loosening its grip, personal hardships and budgetary concerns also eased. And Pat Wirth, Executive Director and CEO of TPSMA, welcomed nearly 100 masked individuals to the dedication program at The River View at Occoquan event center. Excitement was in the air!

“This is the only suffragist memorial in the country to honor every single suffragist who fought from 1848 to 1920 and to tell the entire story of the suffragist movement,” Wirth told the attendees. “We believe you will applaud the unique way that we have told this ‘Herstory.’”

Nancy Lyons Sargeant, TPSMA Chair of the Board and the day’s mistress of ceremonies,  described how the features of the memorial elevate and illustrate the story of the suffragist movement. The design by Robert Beach of Robert E. Beach Architects includes 19 stations where the history of the movement unfolds. Nearby stands a Suffragist Commemorative Wall with the names of the nearly 100 women who, in 1917, silently picketed the White House for the right to vote. They were jailed — many at the Occoquan Workhouse, many brutally mistreated -– in an effort to crush the spirit of the movement. Instead, the events leading up to and including the November 14, 1917, “Night of Terror” became a turning point of the women’s suffragist movement and the reason behind the building of the monument. Theirs was “the story never told.” Until now.

The financing of the project, at a cost of $2.7 million, was a team effort, with 45 states and the District of Columbia contributing to the cause. Fairfax County, represented at the dedication by Mount Vernon District Supervisor Dan Stock, was the largest contributor, having provided $1 million in cash and in-kind contributions. The Commonwealth of Virginia provided $275,000.

“Welcome on this, oh, so happy day!” Jane Barker, vice chair and co-founder of TPSMA, said as she greeted the crowd. Barker and her committee, all members of the Fairfax Area League of Women Voters, launched the Turning Point Suffragist Memorial project in 2008. Their dream evolved from a $25,000 plaza wall with plaques naming the suffragists incarcerated at the Occoquan Workhouse to a multi-million-dollar plaza-style memorial honoring all who fought in the 72-year long struggle for a woman’s right to vote.

“We women never gave up!” Barker said. “How could we let these women and so many others who fought for so long and so fiercely for their rights remain unknown? We did it!”

After the program, the crowd crossed the road to the memorial standing on the other side. The ribbon was cut, the crowd applauded, and the Turning Point Suffragist Memorial was dedicated for countless future visitors. “Herstory” was made that day. 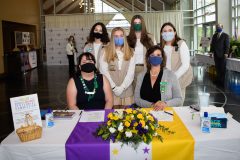 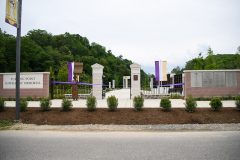 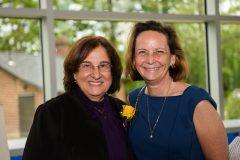 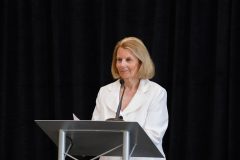 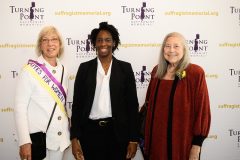 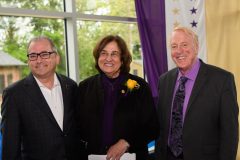 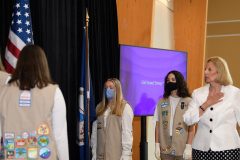 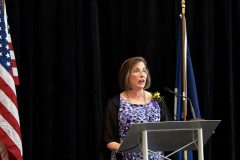 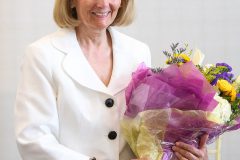 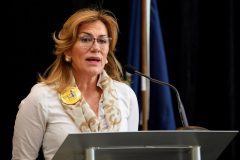 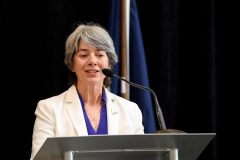 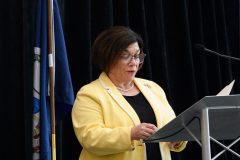 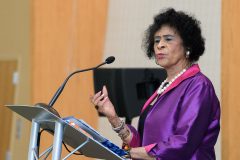 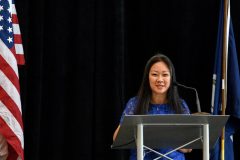 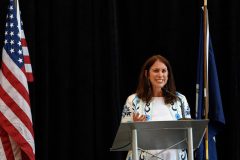 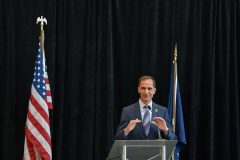 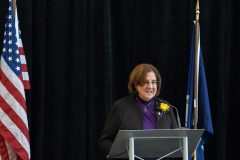 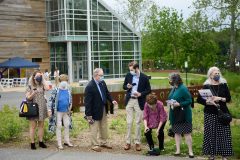 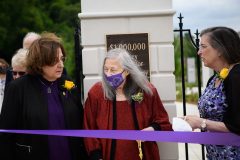 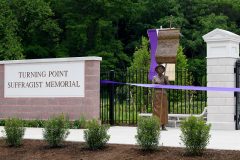