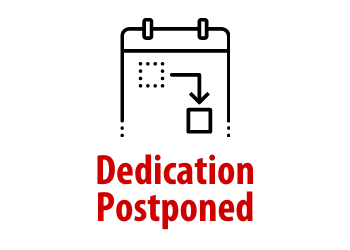 Most are aware that for the past several months we have been planning a momentous, day-long celebration on August 26, 2020, to formally dedicate the memorial and mark the 100th anniversary of the 19th Amendment. For a myriad of reasons emanating from the pandemic, we have reluctantly decided to indefinitely postpone an in-person event until we can confidently host a safe and secure program.

However, we could not let the 100th Anniversary of the passage of the 19th Amendment go unrecognized – this is such a momentous occasion for every American women!  Our Dedication Committee has morphed into the Centennial Celebration Committee. We have hired an award-winning production company and are planning several videos that will be released on August 26, 2020!  Funding for this project was provided by a grant restricted for this specific purpose – it is not being funded with construction funds.  Stay tuned for more information on how you can celebrate with us on August 26, 2020, aka Women’s Equality Day!

When the pandemic hit, it created wide-spread economic uncertainty.  Hundreds of thousands of dollars in either approved or nearly approved government funding from three government sources evaporated!  Funding may be deferred from one source until later this year, but we have been advised from the other two it will not be forthcoming in the foreseeable future. Devastating, but understandable news as lives and livelihoods are of paramount importance in this unprecedented health/financial crisis. 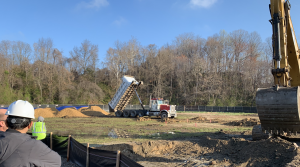 Construction Underway. Click the photo to see a video.

The memorial is currently under construction and by the end of August 2020 $1,745,000 will have been expended and a major portion completed.  However, without full funding it will now have to be finished in stages, over time as additional contributions accumulate. Current economic conditions suggest identifying new sources of funding will be neither quick nor easy.

Two critical memorial design elements — costing $140,000 — that we had expected to complete and install by August are now delayed, the 19 Information Stations that will tell the 72- year history of the suffrage movement and the artisan elements for the Suffragist Commemorative Wall that feature the Silent Sentinels jailed in 1917 for picketing the White House. 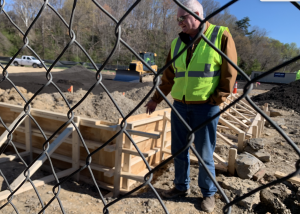 Other major items for which funding is still needed include the Rotunda, Bridge, Irrigation System/Power, Landscaping Plants & Materials,  two White House replica gates, benches and miscellaneous items such as final site grading and seeding.   The aggregate cost for these items comes to an additional $710,000, funding also lost from the government sources.

For those who still want to have their or a designee’s name engraved on the Donor Wall, the date has been extended to October 31, 2020; a minimum $1,000 contribution is required.  Donations can be made online through this website or by check.  Also, naming rights are still available for major design elements.

Perseverance has been a hallmark of the suffrage movement. With your continued support we too will persevere and complete our mission to finish the long, overdue Turning Point Suffragist Memorial. Your support and friendship are acknowledged and treasured – thank you!

Please contact me with your questions or funding introductions!