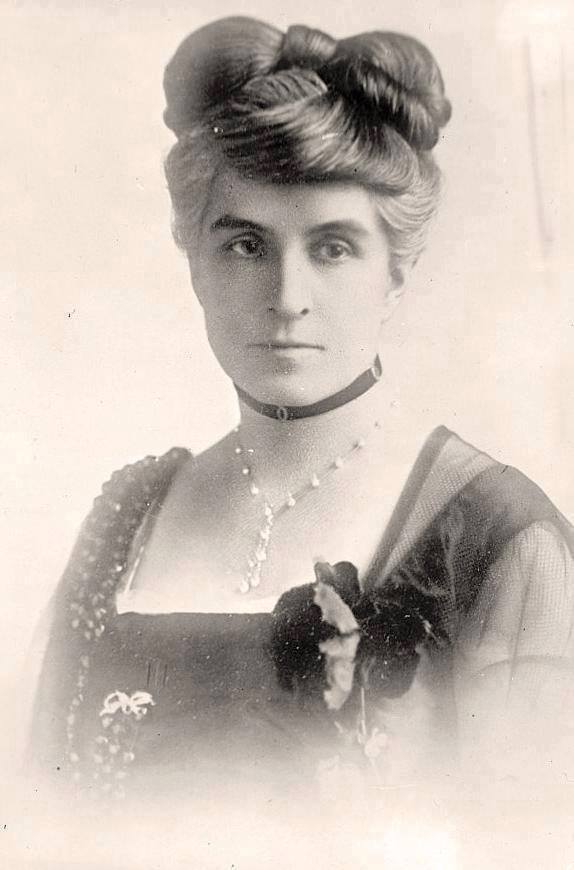 November 24, 1917: Another day in court for some “Silent Sentinel” suffragists who have been imprisoned for picketing along the White House fence. However, unlike many previous occasions, they were not in a courtroom to face more charges, but to make their own accusations against Occoquan Workhouse authorities for the abuses they’ve suffered since being sent there 10 days ago.

Lucy Burns, Dora Lewis, and Hattie Kruger were able to join their fellow prisoners today. The three were not in court for the first day of the hearing because prison officials claimed they were “too ill” to attend. But attorneys for the suffrage prisoners argued that this was a trick to keep the three – as well as their stories and visible injuries – hidden. U.S. District Court Judge Edmund Waddill agreed, and ordered that they be produced in court today.

Evidence that the transfer of the White House pickets to Occoquan from the Washington Asylum & Jail (commonly called the “District Jail”) had been illegal was presented yesterday, so today the testimony concerned the brutality which began with the prisoners’ arrival on the evening of the 14th, and the unusually harsh treatment and extra restrictions on these prisoners in the Workhouse since that time.

Attorney Matthew O’Brien was in charge of listing and detailing the illegal procedures and brutalities inflicted on the prisoners in Superintendent Whittaker’s care, but Dr. John Winters Brannan, President of the Board of Trustees of Bellevue Hospital in New York, gave testimony that seemed to have the greatest impact. His wife, Eunice Dana Brannan, is one of the imprisoned suffrage pickets, and he finally had the opportunity to speak with her at length earlier today. He told the court:

“I find Mrs. Brannan in a state of almost complete collapse from the shocking treatment to which she has been subjected in Occoquan Workhouse … Today is the first opportunity I have had to hear my wife’s full story, though I have been in Washington three times this week, attempting to find out the actual conditions of her imprisonment. She was not allowed to communicate with me from the Workhouse, and when I saw her last Sunday, Superintendent Whittaker insisted upon being present at the interview, and would not allow me to ask her any questions concerning the institution. I find that she herself was twice warned by the Superintendent with threats that she must not tell me anything of the conditions in the Workhouse.

“When I went through the Workhouse last Sunday the wards and lavatories seemed to be clean. I find now that the white paint which impressed me had been put on in response to the protests of earlier suffrage prisoners, and that it is only a blind to deeper sinister conditions. One thing I did notice was the look of terror which came into the faces of all the women prisoners when Mr. Whittaker stopped near them.

“From my wife’s account it was evident that the suffrage prisoners were deliberately terrorized when they entered Occoquan and were treated with great brutality by the men guards, who handled them and knocked them about with the fury of thugs, under the immediate direction of Mr. Whittaker himself, who called out that the men ‘would be glad to get their hands on them and handle them rough.’

“There was no excuse for this treatment whatever, since the ladies did not, as reported, refuse to give their names to the Superintendent, but merely refused to give them to the matron, in order to force Mr. Whittaker to appear before them and listen to their demands to be treated as political offenders. When he arrived he gave them no opportunity to give their names, but burst into the room and called his guards in after him with orders to ‘seize’ Mrs. Lawrence Lewis, who was acting as spokesman. She was dragged from the room with curses and with Mr. Whittaker shaking his fist in her face and threatening her with a gag and strait-jacket.

“The others, my wife tells me, were all brutally and outrageously handled, and are still carrying their bruises. They were thrown into a panic of terror and finally separated from each other and literally hurled into their cells, where they were kept in darkness all night. Mrs. Brannan called from her cell across the corridor to a young girl and asked if she was all right. Mr. Whittaker at once appeared and said he would bring the gag and strait-jacket if she spoke again.

“In some cells there were three women with nothing to lie on but one narrow bed with two straw mats. They were offered no food until the following noon, and Miss Cora Week of New York was denied the so-called ‘privilege’ of a glass of water. Mrs. Henry Butterworth of New York was carried off alone into the men’s section of the jail, and deliberately told there would be no other women with her, and there she was left all night without any other woman prisoner or matron near her and the sound of men’s voices on all sides.

“As for the hunger strike, that has not been started because the women desire to make martyrs of themselves, but in an attempt to secure food which they could eat, and decent living conditions.

“These facts represent an intolerable condition that cannot be permitted to go on. Whether we agree with these ladies or not in the methods they employ to win a share in our Government, we are compelled to recognize their sincerity and sacrifice, and the fact that they feel that they have broken no law, since the Constitution guarantees their right to petition and the Clayton Act makes picketing in the District legal. If they are guilty of an offense it is trivial in comparison with the outrageous insults and brutal treatment to which they have been subjected.”

After all the testimony was completed, the judge called a recess so he could consider his decision. When he called the court back into session he gave this ruling:

“The locking up of thirty human beings is an unusual sort of thing and judicial officers ought to be required to stop long enough to see whether some prisoners ought to go and some not; whether some might be killed by going, or whether they should go dead or alive. This class of prisoners and this number of prisoners should have been given special consideration. There cannot be any controversy about this question …. You ought to lawfully lock them up instead of unlawfully locking them up – if they are to be locked up … The petitioners are, therefore, one and all, in the Workhouse without semblance of authority or legal process of any kind … and they will accordingly be remanded to the custody of the Superintendent of the Washington Asylum and Jail.”

Though expressing strong disapproval of their picketing of President Wilson at the White House, Judge Waddill ruled that pending appeal, the prisoners could be paroled into the custody of their attorneys. Eunice Dana Brannan, Emily Du Bois Butterworth and Cora Week accepted, because their condition was so poor that they might not survive further confinement in any prison. All the others declined the offer, and are tonight in the District Jail serving as “reinforcements” for those already there. Alice Paul and Rose Winslow are serving the longest sentences, totaling seven months, have been on a hunger strike since November 5th, and been force-fed three times a day since the 8th in the District Jail’s hospital ward. Others being force-fed are Lucy Burns, Dora Lewis and Kate Heffelfinger.

The authorities at the District Jail must now deal with dozens of suffrage prisoners, serving long sentences, and twenty who will be refusing to eat. Warden Zinkham – and the Wilson Administration – are now faced with the dilemma of either allowing the hunger strikers to starve to death, or engaging in mass force-feedings under the spotlight of widespread publicity and growing public sympathy for these peaceful protesters, or doing something that will end the standoff. So, for now, let’s express our strong support for the imprisoned suffrage pickets and await further developments in this test of wills.