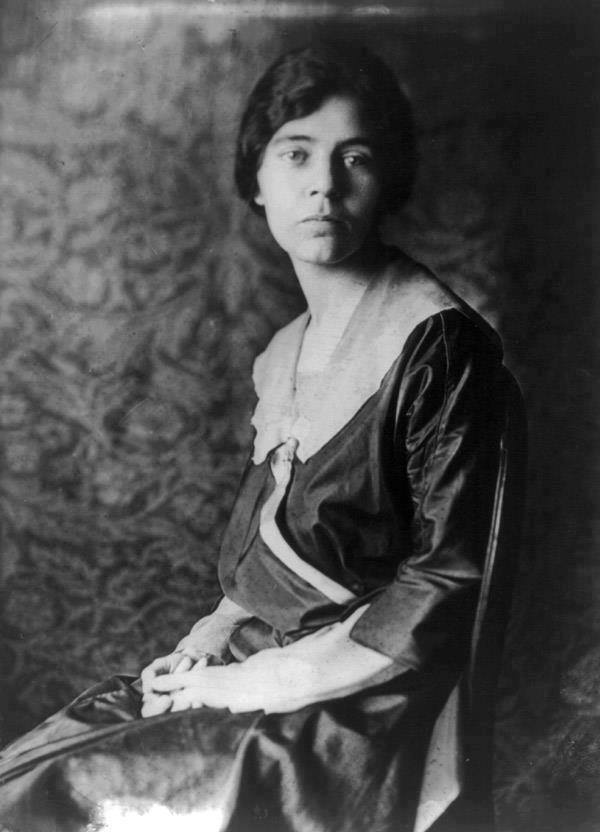 November 26, 1917: Even though there were no official announcements or outward signs of activity today at Washington, D.C.’s District Jail, where the suffragist prisoners are being held, there appears to be some serious negotiating going on behind the scenes. And while Alice Paul has refused food since November 5th, and been force-fed three times a day since the 8th, it looks like it’s the Wilson Administration that’s in a rapidly weakening condition and eager to find a compromise. President Wilson may even be getting ready to give in to Paul’s demand that he endorse and use his considerable influence to help get the Susan B. Anthony (woman suffrage) Amendment passed by a Congress controlled by his own party.

David Lawrence, a well-known journalist with close and friendly ties to the Wilson Administration, is believed to have been granted a private, nighttime jailhouse visit with the usually isolated Alice Paul. She is the leader of the National Woman’s Party, whose “Silent Sentinels” picket for suffrage by standing along the White House fence holding huge banners.

Lawrence first addressed the issue of “political prisoner” status, since denial of that status was the original reason for the hunger strike that currently involves at least 19 imprisoned suffragists:

“The Administration could very easily hire a comfortable house in Washington and detain you all there, but don’t you see that your demand to be treated as ‘political prisoners’ is infinitely more difficult to grant than to give you a Federal suffrage amendment? If we give you these privileges we shall have to extend them to conscientious objectors and to all prisoners now confined for political opinions. This the Administration cannot do.”

Despite the conversation starting out like just another futile attempt to get Alice Paul to give in, the tone soon changed, due to the fact that public sympathy has recently been turning in favor of the White House pickets. Their ordeals in Occoquan Workhouse and the District Jail have now become widely known through newspaper stories based on smuggled-out notes and court testimony during a hearing on their illegal transfer to Occoquan.

Faced with the prospect of being blamed for so many women either starving themselves to death or undergoing the torture of force-feeding, the Administration offered a compromise that came close to surrender on its part. Lawrence asked Paul:

“Suppose the Administration should pass the amendment through one house of Congress next session and go to the country in the 1918 elections on that record, and if sustained in it, pass it through the other house a year from now. Would you agree to abandon picketing?”

Never one to compromise, and unwilling to throw away her trump card by promising that the National Woman’s Party would discontinue picketing, Alice Paul said: “Nothing short of passage of the amendment through Congress will end our agitation.” The rest of the hunger strikers appear equally resolute, and willing to face the consequences of either continued starvation or force-feeding. That form of legalized torture is already being imposed on Rose Winslow, Lucy Burns, Dora Lewis, and Kate Heffelfinger in addition to Alice Paul.

So, we may soon see whether the Wilson Administration will finally give up trying to stop the “Silent Sentinels” by encouraging judges to give long prison sentences to peaceful pickets and having prison officials inflict force-feeding on those who protest their unjust treatment by refusing food. Should he switch to performing acts of good faith that will prove he is as sincere about bringing democracy to the women of his own country as he is about bringing it to the rest of the world, then – and only then – will he no longer see pickets bearing banners with quotes from his own speeches praising the fundamental right of people to elect their own leaders, or asking: “Mr. President, How Long Must Women Wait For Liberty?” and “Mr. President, What Will You Do For Woman Suffrage?”