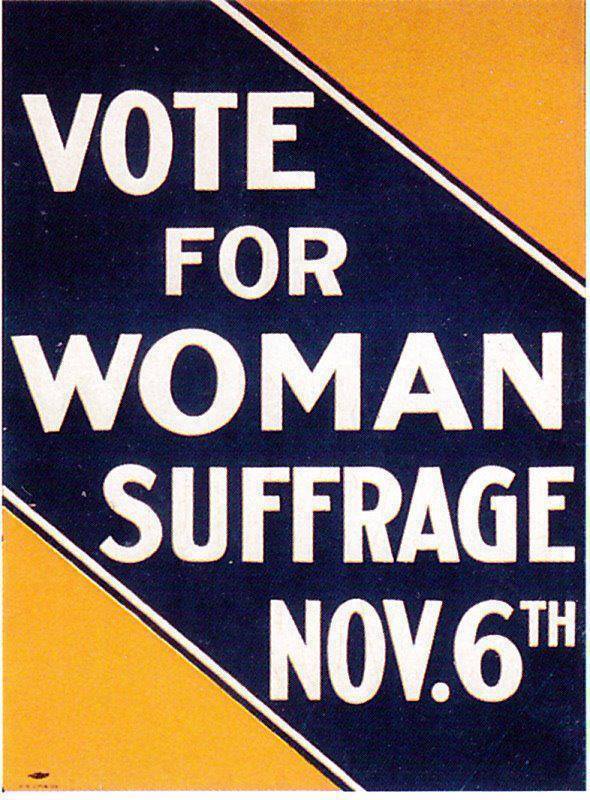 November 6, 1917: Victory! The biggest prize of all, New York, is now an equal suffrage State, and tonight the campaign’s leaders are already enthusiastically planning how to use their enhanced power to push for winning woman suffrage nationwide through the Susan B. Anthony Amendment, named for the legendary pioneer suffragist, who was arrested, tried and convicted of having “illegally” voted in New York State in 1872.

Things began to go well right from the start, when our poll-watchers took up their assigned posts inside every voting location in New York City, while other volunteers stood 100 feet from the polls giving out sample ballots and answering questions. Still others knocked on doors to make sure that all of those who had said they were pro-suffrage would vote today, with rides available if needed.

As the day progressed, reports came in that a number of local politicians who had been strong opponents of the 1915 suffrage referendum were saying that they had voted for it this year, or had at least dropped their opposition, so optimism grew.

The offices of all suffrage organizations were beehives of activity all day, as our leaders took in every tidbit of information – and rumor – trying to get some idea of how things were going, and making sure any problems that came up at polling places were quickly fixed. But finally the last vote was cast, and for the first time since a similar election night two years and four days ago, there was nothing for anyone to do but wait.

Fortunately, the suspense didn’t last long. Though in more primitive days it was necessary to wait for an election “extra” to hit the streets, citizens in these modern times get the results much faster. For instance, in many of the vaudeville houses, theaters and restaurants, stereopticons projected slides with the latest results written on them onto walls, so patrons could read them.

Ironically, it was a vehemently anti-suffrage newspaper that first broke the news that delighted suffrage forces. The New York Times uses a searchlight, plus similar lights of different colors, with each color symbolizing a particular contest, to give updates to the huge crowds that always gather on election nights. When the big white searchlight was pointed west then moved up and down, it meant the paper’s political experts had concluded that suffrage would win. Immediately, a woman began making her way through the crowd, and when she got to our suffrage gathering, exclaimed: “The New York Times signals that suffrage has won !”

After what were certainly the first three cheers for the “Times” ever given at any suffrage office, Carrie Chapman Catt, Reverend Anna Howard Shaw, Mary Garrett Hay and other prominent suffrage leaders got similar ovations as the party began in earnest. Things got even cheerier when it was learned that Associated Press projected victory by at least 40,000 votes. At this point Reverend Shaw took out a brooch with a gold suffrage flag and some tiny diamonds, and pinned it on. It was originally given to Susan B. Anthony on her 80th birthday and had only four diamonds in it at that time representing the four States where women could vote in 1900. Now it has eleven, and one more for New York will be added soon. Shaw then said:

“Since December I have not slept nine nights in my own home, but I have said to myself, ‘If New York will only vote for suffrage I will be willing never to sleep there as long as I live.’ New York has gone ‘over the top’ today for the whole world by this great suffrage victory. The New York election will have a decided influence upon the British Parliament in granting the extension of suffrage to the women of Great Britain. It will also have an influence on the French Parliament.”

“No, indeed. We have leased our headquarters for another year and we shall go on with our work. Now we have to educate women for the full rights of citizenship. We are going to start tomorrow night with a meeting at Cooper Union to work for the Federal amendment. Our work has only begun.”

She later went into more detail about the new campaign:

“Another battle has been won in the great war for political equality. The men of New York City and State have proved themselves to be as broad-minded, and as just, as loyal to the principles of democracy as I have always thought they were. Although we have won the battle we must keep marching along the suffrage road, keeping our organization in good working order, so that we can fight for the Federal amendment. We have always championed it, but because of our too-strenuous campaign we have not been very active in its support. Now all our forces will be allied with the National American Woman Suffrage Association to win the Federal amendment, and then to see that our New York Legislature ratifies it, and we shall use our great organization to further civic work in the City of New York.”

The winning of New York, the first State east of the Mississippi River where women have full suffrage, is not just of symbolic importance. It has the largest Congressional delegation of any State, and having all the delegation’s members dependent upon women’s votes for their re-election should help with getting the Anthony Amendment through Congress and sent to the States for ratification.

New York’s 43 Electoral Votes can now be added to the 172 in States where women already have full suffrage – or partial suffrage and the right to vote for President – so women’s votes will always be crucial to anyone running for the Presidency. And no State without woman suffrage has as many male voters to convince as there were in New York, so if the battle can won here, it can be won anywhere.

As Americans fight overseas so that democracy will be protected and expanded, a major advance for that cause has now been achieved at home, using only peaceful methods, as the suffrage army’s advance now seems unstoppable!