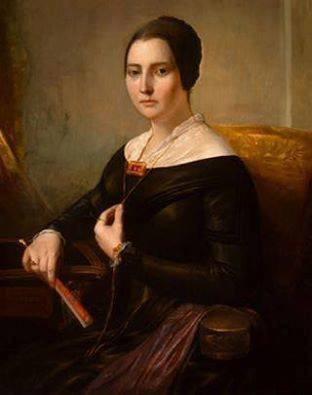 September 8, 1852: Judging by the attendance, speeches, and resolutions at today’s opening session of the third annual National Women’s Rights Convention, our movement is growing, and attracting many new and ambitious young supporters. Best of all, advocates of equality for women here today are as dedicated to the goals espoused four years ago as were those at the original 1848 convention. In fact, more than the usual number of veterans of that gathering are here because unlike the two previous annual meetings held in Massachusetts last year and the year before, Syracuse, New York, is just an easy two-day ride, or no more than a couple of hours by railroad, from Seneca Falls.

Lucretia Mott presided over the lively gathering, which lost no time in immersing itself in calls for many reforms promoting equality for women, with nothing immune from attack. According to one of the early resolutions submitted today, which, like the others, will be voted on at the close of the convention:

“Inasmuch as many of the Institutions, handed down to us from the past, like heirlooms, are felt to be time-honored hindrances to human progress, and opposed to that Divine truth which gives light to the world – therefore: Resolved, That it is our duty to examine these Institutions, and ascertain which of them are still worthy of honor and support, which we should seek to reform, and which to cast aside.”

The demand made in 1848 that women should have the right to vote was not only reaffirmed, but militant tactics for achieving it applauded. Elizabeth Cady Stanton, though unable to attend due to expecting her fourth child in about a month, wrote in an address read to the convention: “Should not all women, living in States where they have the right to own property, refuse to pay taxes so long as they are unrepresented in government ?”

Lucy Stone made a similar plea in person, and a resolution to that effect was introduced as well: “Resolved, That it is the right of every one, holding property as a citizen of the Republic, to resist taxation till such time as she is fully represented at the ballot-box.”

Other resolutions were introduced in the afternoon: “Resolved, That the demand of Woman is not for privileges, nor favors, nor employment, nor honors, but for rights,” and “Resolved, That the right of human beings to their own persons – to their own earnings and property and to participate in the choice of a civil ruler, are rights which belong as naturally, absolutely to Woman as to Man.”

Lucy Stone also expressed her opposition to laws that give a husband a wife’s earnings and property: “It gives him her earnings, no matter with what weariness they may have been acquired, or how greatly she may need them for herself or her children.”

Reverend Antoinette Brown criticized an all-male justice system that denies a woman a jury of her peers by barring women from jury panels: “The law is wholly masculine; it is created and executed by man … when woman is tried for crime, her jury, her judges, her advocates are all men … common justice demands that a part of the law-makers and law-executors should be of her own sex.”

One suggestion for beginning to shrink (though not to completely eliminate) the gap between the wages of men and women was made in a letter sent by Horace Greeley and read to the convention. Noting that it is common to pay women 4 to 8 dollars a month for work equal to that for which men are paid 20 dollars a month, he said:

“Friends of Women’s Rights may wisely and worthily set the example of paying juster prices for female assistance in their households than those now current. If they would but resolve never to pay a capable, efficient woman less than two-thirds the wages paid to a vigorous, effective man employed in some corresponding vocation, they would very essentially aid the movement now in progress for the general recognition and concession of Equal Rights for Woman.”

Among those attending their first National Women’s Rights Convention is Susan B. Anthony, a 32-year-old temperance advocate and abolitionist. Acutely aware of discrimination against women due to her years of being paid less than her fellow teachers who were male, she recently had another outrageous experience. Elected as a delegate to the New York State Temperance Society’s June 17th convention by the Woman’s State Temperance Society, she found that women would not be credentialed or allowed to speak. So she and her supporters held their own meeting nearby. Her reception here was, of course, quite different, because she had been personally invited by Elizabeth Cady Stanton. Anthony was not just allowed to speak, but encouraged to do so, and made such an impression that she was quickly elected Secretary of the convention.

The revolutionary spirit of this convention may have been best expressed by Elizabeth Oakes Smith. She told the delegates:

“My friends, do we realize for what purpose we are convened ? Do we fully understand that we aim at nothing less than an entire subversion of the existing order of society, a dissolution of the whole existing social compact? Do we see that it is not an error of today, nor of yesterday, against which we are lifting up the voice of dissent; but it is against hoary-headed error of all times; error borne onward from the first footprints of the first pair ejected from Paradise – intermingled in every aspect of civilization, down to our own times. In view of this, it does seem to me, that we should each and all feel as if anointed, sanctified, set apart as to a great mission. It seems to me, that we who struggle to restore the divine human to the world, should feel as if under the very eye of the Eternal Searcher of all hearts, who will reject any sacrifice other than a pure offering.

“We are said to be a few, disaffected, embittered women, met for the purpose of giving vent to petty personal spleen, and domestic discontent. We repel the charge – and I call upon every woman here to repel the charge. If we have personal wrongs – here is not the place for redress. If we have private griefs (and what human heart, in a large sense, is without them), we do not come here to recount them. The grave will lay its cold honors over the hearts of all here present before the good we ask for our kind will be realized to the world. We shall pass onward to other spheres of existence, but we trust the seed we shall here plant will ripen to a glorious harvest. We ‘see the end from the beginning,’ and rejoice in spirit. We care not that we shall not reach the fruits of our toil, for we know in times to come, it will be seen to be a glorious work.”

The convention will continue two more days, and the struggle will go on for as long as may be necessary. But if future advocates of equality for women have the same dedication as those present today, there is no doubt that Elizabeth Oakes Smith’s prediction of victory will prove true, and those who can say they were among the first to begin the work of winning total equality for women will be especially honored.