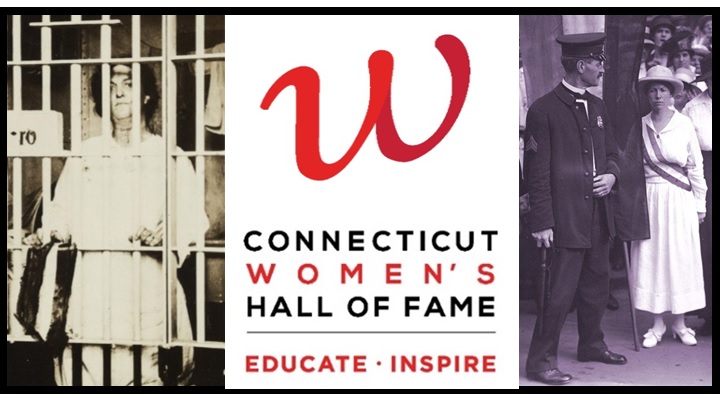 On Thursday, October 22, 2020 (6:30 p.m. for Virtual Cocktails and Conversation, 7:00 p.m. for Virtual Induction Ceremony) “Silent Sentinels” Catherine Flanagan and Helena Hill Weed were inducted into the Connecticut Women’s Hall of Fame. Their names will be included in the Memorial’s Suffragist Commemorative Wall.

Catherine Flanagan, a Silent Sentinel and grandmother of Turning Point Suffragist Memorial Association Honorary Board member Patsy McDonald, was arrested on August 17, 1917 after a peaceful gathering of suffragists was attacked outside the White House. She was imprisoned for 25 days at the Occoquan Workhouse in Lorton, Virginia.

Helena Hill Weed was a Silent Sentinel who was arrested on July 4, 1917 and served 3 days in the D.C. Jail for picketing the White House to demand that President Wilson support the 19th Amendment to the Constitution affirming a woman’s right to vote.

Details can be found at https://www.cwhf.org/2020-virtual-induction-ceremony.