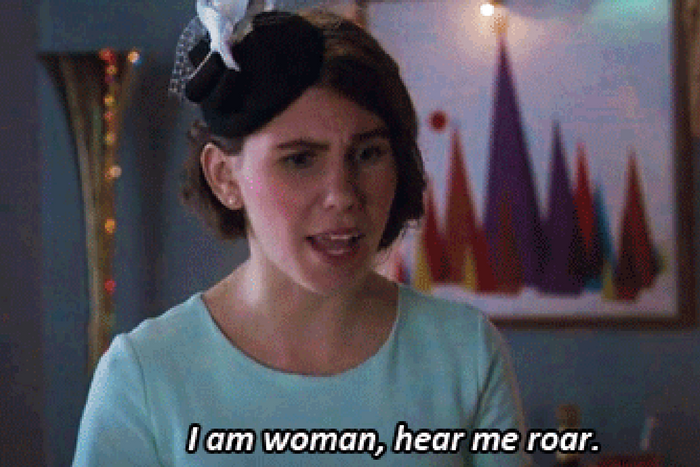 In a world where women’s history lessons typically don’t go into much depth, and where many individuals don’t even know what the word “suffrage” means, today’s young women are too often missing out on the benefits of knowing about America’s suffragists.  But, what good will reading an Alice Paul biography, watching Iron Jawed Angels, attending a lecture about Elizabeth Cady Stanton, or visiting the Susan B. Anthony House do for the modern young woman?  Read on to find out!

Women today are constantly bombarded with the pressure to be perfect.  Rather than focusing on our strengths, the media tend to give more attention to our weak points—body image issues, rejection, anxiety, fear of failure, etc.  And then there are those incredibly fine lines between bossy and powerful, sexy and slutty, quirky and crazy, sensitive and strong that we are supposed to walk on a daily basis if we want to be accepted.  Dealing with these pressures can make womanhood not particularly beneficial to the good old self-confidence, and can lead to depression, anxiety, eating disorders, and generally not-so-great feelings.

So, where do the suffragists come in?  I’m not saying that they will solve all of these issues, but I do believe that learning about some of history’s most powerful women can make the modern woman feel proud and empowered.  When I consider women like Lucy Burns, Helen Keller, and Mabel Vernon, I’m not thinking about whether or not they had nice skin and perfect eyebrows, and I’m not thinking about if they dressed in unfashionable clothes or if they flirted with “too many” people.  But I am thinking about how Lucy co-founded the National Women’s Party, Helen spoke and wrote in favor of women’s rights despite being deaf and blind, and Mabel ensured publicity for the Silent Sentinels as they protested outside the White House.  I’m thinking about how the women who came before me have changed the world, and how the women of today can, too.  Don’t let society get you down, ladies—the suffragists didn’t, and things eventually worked out for them.

Statistics regarding gender inequality in certain industries can be pretty daunting for young women.  According to the US Department of Commerce’s Economics and Statistics Administration, just 25% of STEM jobs were held by women as of 2011.  In 2013, Catalyst reported that women hold a mere 4.6% of CEO positions at S&P 500 companies.  And, as this hilarious-yet-disheartening video explains, “in the past few years, only 93% of popular films were directed by men, and 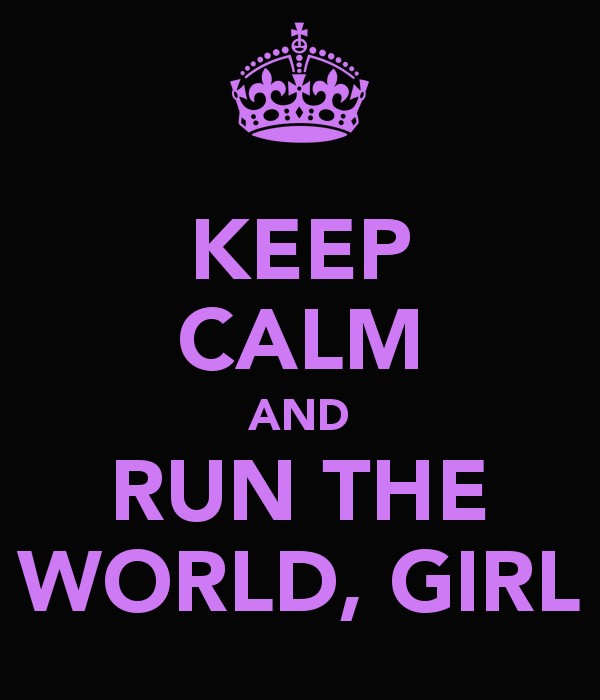 Back in the days leading up to 1920, the suffragists faced some similarly terrifying stats.  For example, when Alice Paul began her suffrage work in the US in 1910, women could only vote in five states.  Ten years later, after a whole lot of work, bravery, and hardship, Alice was able to see her dream of national women’s suffrage come true with the passage of the Nineteenth Amendment.  Teaching young women about the suffragists is important, therefore, because they exemplify the importance of chasing our dreams—even when the numbers are against us.

The suffragists were tough.  Take Alice Paul, who sacrificed her own health by participating in multiple hunger strikes to add momentum and publicity to the suffragists’ cause.  Or look to Susan B. Anthony, who traveled across New York in the freezing, snowy winter of 1855, collecting signatures for a petition.  Or Inez Milholland, who served as one of the movement’s leading orators, even after her doctor warned that strenuous activity would be a hazard to her health.

Despite modern campaigns such as #LikeAGirl, the stereotype that men are physically, mentally, and emotionally tougher than women continues to persist.  By learning about the suffragists, especially from a young age, girls will see that you don’t have to be a boy to be brave and strong.

Girls are often socialized to compete with one another.  From middle school cliques to workplace gossip, tearing each other down is an all-too-common practice.  Maybe it makes us feel better about ourselves as we try to achieve impossible standards.  Maybe it ensures we fit in with the right crowd.  Maybe it reflects the pent-up aggression that we are taught to suppress because it’s not “ladylike.”  Whatever the reason, women competing against other women is not productive; in fact, it’s harmful, and it ought to be stopped sooner rather than later.

The suffragists are an excellent example of what women can accomplish when they empower one another and work as a team.  The success of the suffrage movement relied heavily on the unique 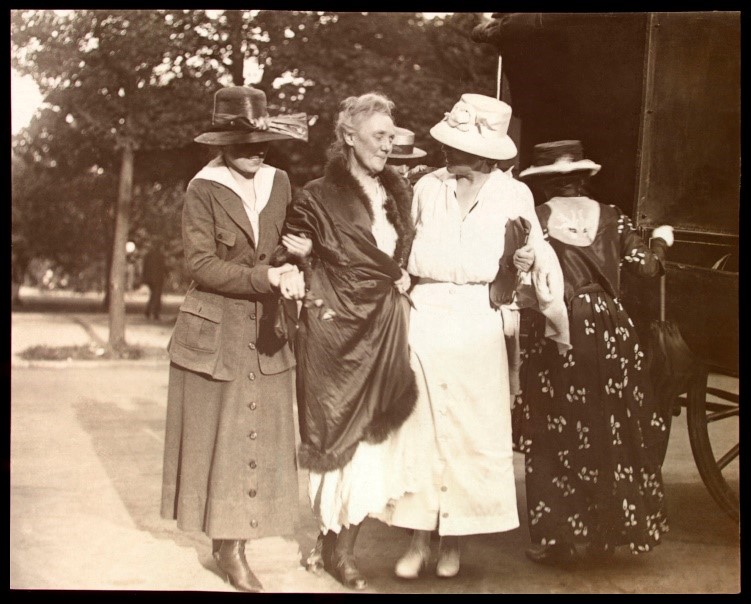 strengths that each individual activist was able to contribute.  Susan B. Anthony and Elizabeth Cady Stanton, for example, had a particularly effective partnership because they used their differences to their advantage: Susan brought the organizational skills, practicality, and focus; Elizabeth Cady provided passion, creativity, and boldness.  In this way, Susan, Elizabeth Cady, and others were able to make change happen far more successfully than they ever could have alone.  As Alice Paul put it, “The movement is a sort of mosaic.  Each of us puts in one little stone, and then you get a great mosaic at the end.”