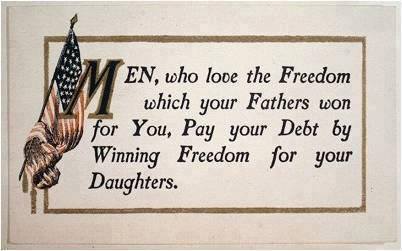 August 7, 1920: Although suffrage supporters from around the country have been converging on Nashville for nearly a month, the level of excitement and apprehension escalated dramatically today. What all “Votes for Women” advocates hope – and all our opponents fear – may be our final battle has now been officially set to begin day after tomorrow.

Today, Governor Albert Roberts issued a proclamation calling the Tennessee Legislature into special session on August 9th, with a vote on ratification of the Susan B. Anthony (woman suffrage) Amendment at the top of the list of 139 issues it will be authorized to consider.

But the outcome is far from certain. Despite the ever-optimistic Carrie Chapman Catt’s assurances of imminent victory, there are not firm, public pledges of support from a majority of either House or Senate members, though there seems to be more confidence at suffrage campaign offices around Nashville today than just a few days ago.

Since there’s no doubt that the vote will be extremely close, there was a great deal of concern about a special election held day before yesterday to fill three vacant Senate seats and ten in the House. But according to the National Woman’s Party, the results are favorable for suffrage, so this should increase the momentum for ratification, as well as the certainty of making predictions now that the names of all the legislators who will be voting are finally known.

History is also encouraging. Last year the 33-member Tennessee Senate passed a bill granting women the right to vote in municipal and Presidential elections, and did so by a margin of 17 to 14. All those who voted “yes” are still in the Senate. The same bill passed the 99-member House 54 to 32. The vacancies of five House members who voted “yes” and five who voted “no” were filled in the special election, with an apparent gain for suffrage if the National Woman’s Party’s analysis is correct. So if everyone who voted for municipal and Presidential suffrage last year votes for the suffrage amendment it will pass. Unfortunately, favoring one does not necessarily mean favoring the other. Some legislators think women should vote, but only by their State authorizing them to do so, and not by a Federal amendment passed by Congress and ratified by 36 States “forcing it” on the other 12.

Despite their desperate and precarious situation, anti-suffragists are still expressing confidence. Some of it is based on the number of people joining the “Constitutional League of Tennessee.” It’s composed of those who think the State can’t legally ratify because of a clause in the State Constitution requiring a Statewide election to intervene between the time a Federal amendment is submitted to the States and the time the legislature votes on it. Since the Anthony Amendment was passed by Congress on June 4, 1919, that clause wold appear to block a vote until after the upcoming November 2nd General Election. But a U.S. Supreme Court ruling in June regarding Ohio’s ratification of the 18th Amendment appears to most legal scholars to invalidate any restrictions on a State legislature’s ability to ratify an amendment at any time. So, invoking this clause seems to be more of an excuse than a reason to vote “no.”

Anti-suffragists have just begun wearing red roses in their lapels, so they seem to be quite numerous, and are far from ready to concede defeat when asked about how the battle is going. But suffragists are conspicuous as well, with six campaign offices in Nashville alone, and more around the State. The enthusiasm of our allies in the Tennessee Legislature also gives good reason for optimism. Joe Hanover was forced to choose between his position with the City of Memphis and sitting in this special session of the legislature, and he chose the legislature so he could vote for suffrage. W.H. Maddick, elected day before yesterday, ran on a strictly pro-suffrage platform and said he will go home immediately after casting his vote for ratification. One “no” vote on last year’s Presidential and municipal suffrage bill will definitely be reversing his position. State Senator Frank Rice of Memphis says he wants to rectify his mistake of last year by casting a “yes” vote for the Anthony Amendment this year.

“You are well aware that unless the Tennessee Legislature, which meets on Monday, ratifies the Federal woman suffrage amendment the women of the country cannot participate in the November national elections. Your party platform pledges you and your party to immediate application of the principle of universal suffrage. If you cannot hold the members of your party faithful to the party’s pledges before the election, the country will doubt your ability to carry out your pledges if you should be elected to the Presidency.

“Tennessee is the showdown of your sincerity in this matter. Anything less than immediate action resulting in ratification by Tennessee will be accepted by the thinking people of the country at its face value of 100 per cent campaign ‘bunk.’ The people have had sufficient of sympathetic words on this question from politicians of both old parties.”

As exhausted as everyone is from the long campaign for suffrage, as hot and humid as the weather can be here in August, and as vicious as the opposition’s rhetoric is becoming, the approach of official roll-call votes which could provide the 36th and final State ratification needed for a Constitutional ban on sex discrimination at every polling place in the U.S. has now re-energized our forces for an all-out effort in what’s hoped will be the final, last-ditch battle in this generations-long struggle.