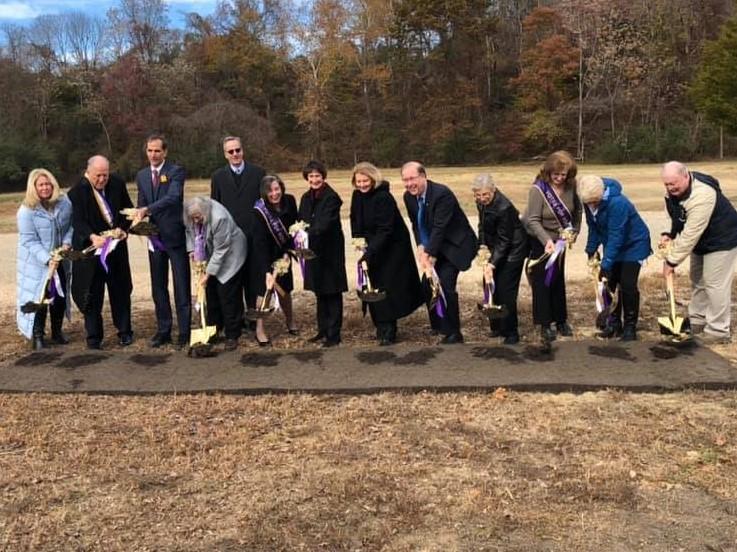 LORTON, Va. (Nov. 15, 2019)  – The ground has been broken for the Turning Point Suffragist Memorial, a national memorial that pays tribute to the millions of people who fought for women to have the vote. Colleen Shogan, vice chair of the U.S.- Congress-appointed Women’s Suffrage Centennial Commission, says this memorial will allow us to “come closer to rectifying the fact that fewer than 8% of all memorials in this country honor women.” The groundbreaking begins the countdown to the memorial’s dedication on August 26, 2020, the 100th anniversary of the certification of the 19th Amendment. The National Women’s History Alliance has selected the dedication as the National Suffrage Centennial Event of the Year.
The date of the groundbreaking at Virginia’s Occoquan Regional Park, November 14, was selected to coincide with the 102nd anniversary of the Night of Terror, when suffragists who were illegally arrested after picketing the White House were incarcerated, abused and tortured on the nearby Occoquan Workhouse prison grounds.When journalists of the day learned of the atrocity, it became a major turning point in the suffrage movement.
When asked at the groundbreaking what she views as the significance of the memorial, Dr. Thelma Daley, past president of the Delta Sigma Theta Sorority stated, “This memorial deals with the right to vote, which we were deprived of for so long. Many African American women were involved in the suffragist movement but did not receive a lot of credit. As I stand here today, we honor the 22 founders of Delta Sigma Theta who participated in the suffrage movement, beginning with the march on Washington in 1913. “
Virginia Kase, CEO, League of Women Voters U.S., says the suffragists fought “so that we could become our great-grandmothers’ wildest dreams.” But she added “the fight is not over. The next 100 years are important too, so that everyone’s voice is heard.”
It’s taken more than a decade of work by the Turning Point Suffragist Memorial Association and its Executive Director Pat Wirth to build the estimated $2 million  memorial. Wirth says fundraising efforts are still underway so the nonprofit organization and partners can “build a memorial deserving of these women.” Board Chair Nancy Sargeant says the memorial “will finally bring the stories of the suffragists out of darkness and into the light” and board member John Houser says the suffragists are patriots who should be recognized. An added benefit, according to Fairfax County Board of Supervisors Chair Sharon Bulova, is that the memorial “will contribute to the growing industry of history tourism in the county.”
A broad history of the 72-year suffrage movement will be told through 19 informational stations within the memorial, representing the 19th Amendment. Also included in the design by architect Robert Beach is a bridge that Lidia Soto-Harmon, the CEO of the Girl Scout Council of the Nation’s Capital, hopes will be used by Girl Scouts in traditional bridging ceremonies so that “they will remember the important contribution of the suffragists.” The memorial will be open to the public following the dedication on August 26, 2020. 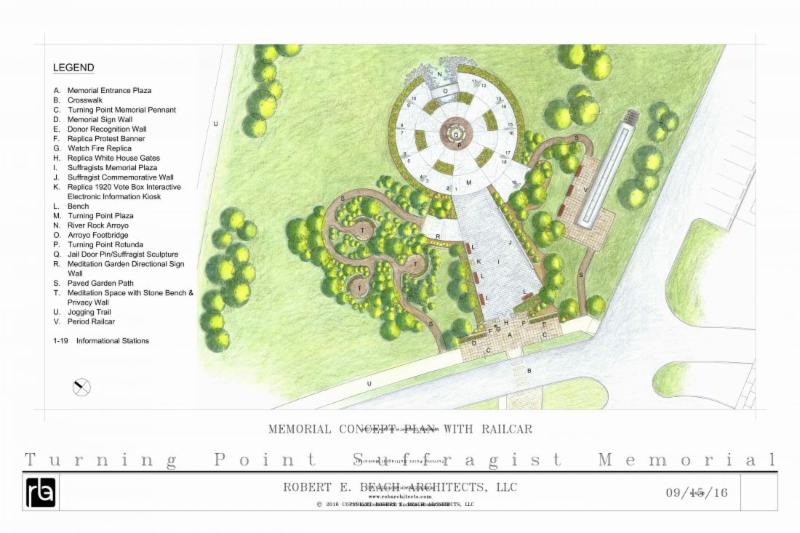 About The Memorial:
Turning Point Suffragist Memorial Association is raising funds to build a national memorial to honor the millions of suffragists who fought more than seven decades to win the vote for women. It’s another hidden piece of women’s history even though it was a national campaign that included incidents of arrests, jail, torture and even death. The memorial will ensure that the suffrage story is elevated to its proper place in history and will educate present and future generations on the need for eternal vigilance for equal rights.  As author, Eleanor Clift, writes, “the suffragists engineered the greatest expansion of democracy in a single day that the world had ever seen, and yet…the leaders built no monuments to themselves, and too many of their names have been lost to history.” 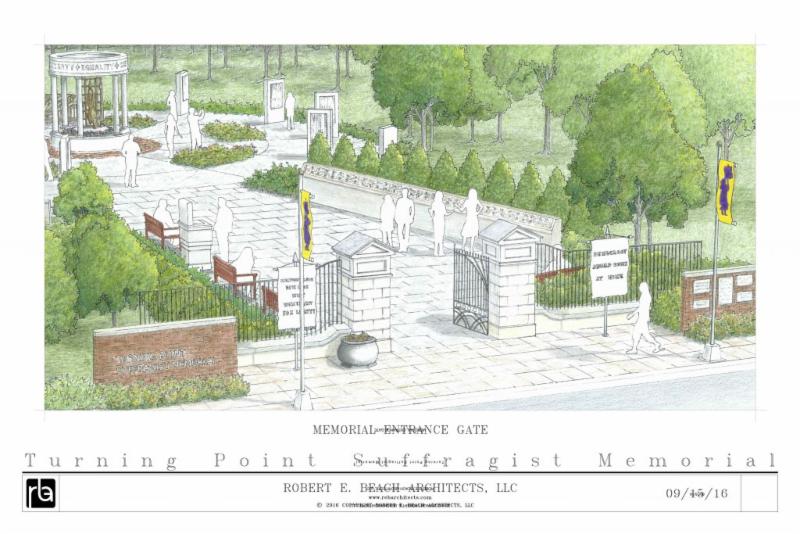